HomeEntertainmentSamantha Akkineni's reaction to rumours of her relocation to Mumbai, amid reports...
Entertainment

Samantha Akkineni’s reaction to rumours of her relocation to Mumbai, amid reports of Naga Chaitanya divorce

Samantha Akkineni seems to have taken a dig at the rumours while talking to fans during a recent Ask Me Anything (AMA) session, Putting an end to all the rumours. 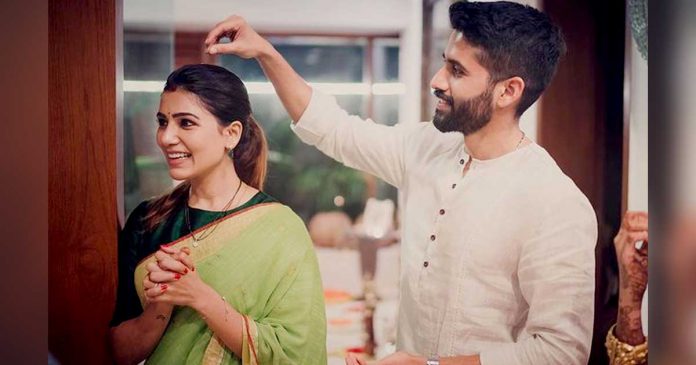 The rumours of Samantha’s relocation to mumbai and her divorce with Naga Chaitanya finally gets a full stop as she has reacted to the rumours. Samantha Akkineni seems to have taken a dig at the rumours while talking to fans during a recent Ask Me Anything (AMA) session.

The actor and her husband Naga Chaitanya have been subjected to divorce rumours for a while now. Meanwhile, it was also rumoured that she would be relocating to Mumbai.

During the AMA, a fan asked her: “Are you really moving to Mumbai?” To which Samantha replied, “I don’t know where this rumour started but just like a hundred other rumours, not true. Hyderabad is my home, will always be my home. Hyderabad is giving me everything and I will continue to live here very happily.”

Rumours of Samantha and Chaitanya’s separation began after she chose to change her name on her social media handles from Samantha Akkineni to the alphabet ‘S’. The couple hasn’t addressed to any of the rumours head-on. But Chaitanya recently said that it’s ‘painful’ that his name is used to spread gossip.

Naga Chaitanya told the film Companion, “Initially, yes, it was a little painful (to see minute-by-minute coverage of his life). I was like ‘why is entertainment heading this way?’ But after that, what I’ve learned is that in today’s age, news replaces news. Today there’s one news, tomorrow there’s another news, today’s news is forgotten. But in my grandfather’s time, there were magazines, and magazines used to come once in a month. And that news sustained till you got the next piece of news. But today you’re getting the next piece of news the next second or the next minute. It doesn’t stay in people’s minds for too long. The actual news, the news that matters, will stay. But the superficial news, the news that is used to create TRPs, is forgotten. Once I made this observation, it stopped affecting me.”

Samantha, too, was asked about the rumours during a visit to a temple but she told off the journalist. Meanwhile, Chaitanya has been promoting his new film, Love Story, whereas Samantha was last seen in The Family Man 2.

Looks like the fans of Naga Chaitanya and Samatha can finally take a sigh of relief.

Ananya Panday denies that she agreed to arrange ‘ganja’ for Aryan, said ‘was joking’