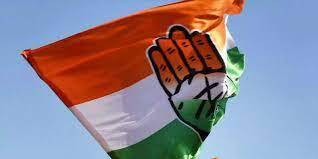 According to sources, Preeti Shaktawat will contest from the Vallabhnagar seat in Rajasthan. Meanwhile, the party has fielded Shri Nagraj from the state’s Dhariawad-ST seat. In Haryana, Congress has fielded Pawan Beniwal for the by-election to the Ellanabad assembly constituency.

Pawan Beniwal had recently joined the Congress from the BJP. He was the BJP’s candidate from the Ellanabad constituency in the last assembly elections. It was when he lost to Indian National Lok Dal’s Abhay Chautala.

Meanwhile, Chautala’s resignation over farm laws in January has necessitated the October 30 bypoll to the Ellanabad assembly seat.

The polling will be held on October 30 and the results will be announced on November 2.

Also, Gobind Kanda has been announced as the BJP-JJP candidate for the bypoll to Ellenabad assembly seat in Sirsa district. He is the brother of Haryana Lokhit Party chief Gopal Kanda. Gopal Kanda’s party is supporting the BJP-JJP government.

Gopal Kanda’s party is supporting the BJP-JJP government. Gobind Kanda, who joined the BJP a few days back, filed his nomination papers Thursday. According to sources, Kanda exuded confidence that he would win the poll.

Meanwhile, a group of farmers held a protest outside the Sub-Divisional Magistrate office in Sirsa. Sources say the protest was against the BJP leaders. They also showed black flags to them. Kanda was accompanied by Haryana BJP chief OP Dhankar, state minister Ranjit Chautala, Sirsa MP Sunita Duggal and some other leaders.

Abhay Chautala had resigned in January as an MLA over the three central farm laws in solidarity with protesting farmers. He was his party’s lone representative in the 90-member Haryana Assembly. He represented Ellenabad which is a rural constituency.