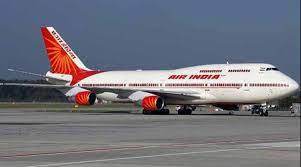 The prime minister’s flight handles the cabinet secretary in the Prime Minister’s Office. The single largest outstanding bill for travel between March 11, 2020, and March 15, 2020 amount from the office was Rs 4.25 crore,

Meanwhile, the Ministry of Defence handles the president’s flights. The single biggest outstanding bill from the President’s Office for travel between November 5, 2008, and November 8, 2008, was amounted to Rs 4.45 crore. Pratibha Patil was the president of India at the time.

As of July 27, the external affairs ministry also owed Rs 7.21 crore to Air India for evacuation flights and Rs 2.94 crore for flights of foreign dignitaries.

Meanwhile, earlier, Batra had filed a similar RTI application seeking data about outstanding dues for flights of VVIPs till March 31, 2019. At that time, the Centre owed the airline a total of Rs 598.55 crore.

However, Almost half of these dues, amounting to Rs 297.08 crore, were pending from the Prime Minister’s Office.

On October 8, Tata Sons had won the bid to Air India for Rs 18,000 crore. The conglomerate regained control of Air India nearly 70 years after its nationalisation.

However, Air India was founded in 1932 as Tata Airlines by family scion and aviation enthusiast Jehangir Ratanji Dadabhoy Tata.