"Squid Game" highlights how far ahead Netflix is in international content compared to streaming rivals. But certainly, it's not just the Netflix effect that turned the show into a phenomenon. 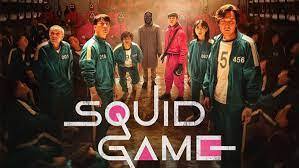 Netflix’s “Squid Game” is a Korean-language series. The game is about hundreds of people who participate in deadly games for a cash prize. It has become Netflix’s biggest TV series ever.

The company said on Tuesday that it was watched by 142 million members in its first month. On No. 2 stands the show, “Bridgerton.”

“Squid Game” highlights how far ahead Netflix is in international content compared to streaming rivals. But certainly, it’s not just the Netflix effect that turned the show into a phenomenon.

Alvin Foo who is a Netflix marketing executive attributed the show’s success partly to the “K-wave,”. It is a surge in the popularity of South Korean content. It also includes the Oscar best picture winner “Parasite” and the music group BTS. This week, “My Name” which is another South Korean series, is among Netflix’s most popular titles.

Robert Ji-Song Ku who is an associate professor of Asian and Asian-American studies at the State University of New York at Binghamton says that this Korean wave has been about “30 years in the making”.

Ku, who was born in South Korea, said that the roots of it can be traced back to the 1990s. It was when the region aggressively tried to become a “soft power” in culture after facing a financial crisis. It also eased up on censorship as a result.

He added, “There was an effort to turn music, cinema, and TV into exportable commodities. The Korean wave begins in the ’90s in places like China and Japan. From 2000 onward, there was a steady but increased consumption of Korean pop culture, starting in neighbouring Asian nations and branching out.”

The period birthed young Korean filmmakers – such as “Parasite” director Bong Joon-ho and “Oldboy” director Park Chan-Wook. They found international fame and were bold in the way they approached genre to convey the complexities of Korean society.

Bechervaise, a Seoul-based professor in the entertainment and arts management department at Korea Soongsil Cyber University.

However, another reason “Squid Game” became such a phenomenon, according to Foo, the Netflix marketing exec is that it’s about “widening economic inequality,” which “strikes a chord around the world.”

Ku noted that there is an “increasing economic gap” in South Korea that both “Squid Game” and “Parasite” tackle.

Netflix was quick to capitalize on Korean content and it committed $500 million to the region this year. Other companies, such as Amazon and Disney, are also ramping up their efforts. And that won’t be the only competition. Local studios “will have to respond in order to compete,” Bechervaise said.