Shiv Sena MP Sanjay Raut shared a new video of Aryan Khan in custody on Sunday. The video was reportedly shot by Prabhakar Sail. In the video, KP Gosavi was seen holding a phone which is in speaker mode and making Aryan Khan speak to someone. 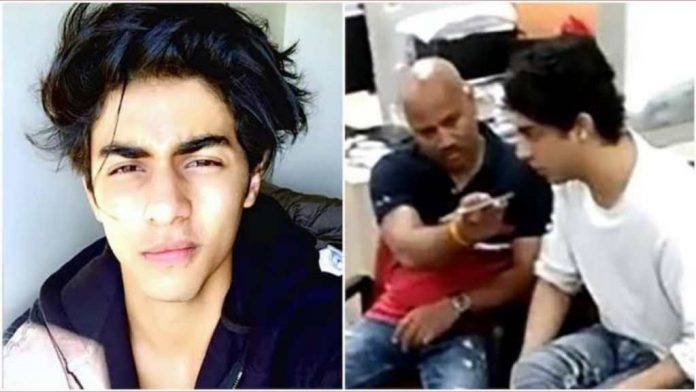 The Mumbai cruise drugs case has taken a new turn with the latest developments. The new twist came on Sunday which was an independent witness in the case named Prabhakar Sail.

Prabhakar Sail is the bodyguard of another witness in the case KP Gosavi who claimed that the Gosavi had demanded a bribe of Rs 25 crore on behalf of Narcotics Control Bureau (NCB) zonal director Sameer Wankhede for the release of Shah Rukh Khan’s son Aryan who was arrested in the case on October 3.

In response of which Sameer Wankhede denied the allegation. He also wrote a letter to the Mumbai Police Commissioner seeking protection from “precipitate legal action”.

Meanwhile, Prabhakar Sail also alleged that he was made to sign a blank panchnama by the NCB in the case.

Additionally, he said he felt a threat to his life from Sameer Wankhede after KP Gosavi went ‘suspiciously missing’.

Meanwhile, Shiv Sena MP Sanjay Raut shared a new video of Aryan Khan in custody on Sunday. The video was reportedly shot by Prabhakar Sail. In the video, KP Gosavi was seen holding a phone which is in speaker mode and making Aryan Khan speak to someone.

However, Sanjay Raut wrote, “Chief Minister Uddhav Thackeray said that these cases are made to defame Maharashtra. This seems to be coming true.”

Meanwhile, Maharashtra minister Nawab Malik of the Nationalist Congress Party said on Sunday, “We will meet the chief minister and state home minister. This will be probed through a special investigation team. An organised crime was executed for a year in this city, crores of rupees were collected.”

However, A few hours later, the NCB issued a statement saying that zonal director Sameer Wankhede has denied the allegations made by an independent witness, Prabhakar Sail.

In its statement, the NCB said, “As he is a witness in the case and the case is before the court and sub-judice, he needs to submit his prayer to the court rather than through social media if he has anything to say.”

Meanwhile, following the allegations, Sameer Wankhede wrote a letter to the Mumbai Police Commissioner requesting him to “ensure that no precipitate legal action is carried out” against him by “unknown persons” with “ulterior motives” to frame him. He has also sought protection from the Mumbai Police.

Sameer Wankhede in his letter on Sunday wrote, “It has come to my notice that some precipitate legal action for framing me falsely is being planned by unknown persons in relation to alleged vigilance related issue.”

He also added that he had “threats of jail and dismissal” which had been issued against him on “public media by highly respectable public functionaries”.