The RP Sanjeev Goenka Group made the highest bid of ₹7,090 crores. It chose Lucknow to be their home base. Meanwhile, Singapore private equity firm Irelia Co. Pte Ltd, whose parent company is CVC Capital Partners, was the other successful bidder, with a bid of ₹5,625 crores. It chose Ahmedabad as its home city. 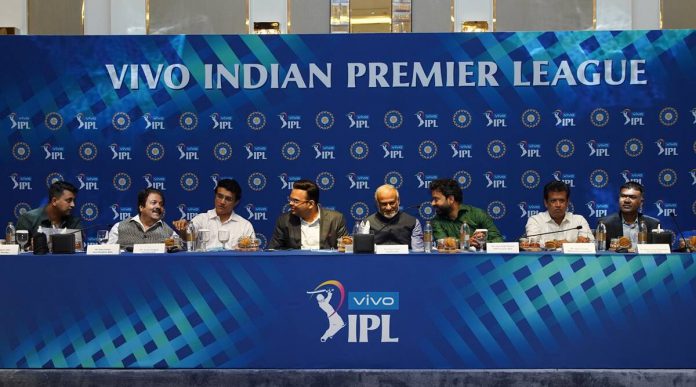 The Indian Premier League has got two new teams on Monday for a staggering total of ₹12,715 crores. This comes as more than threefold the base prize set when bids were invited.

The RP Sanjeev Goenka Group made the highest bid of ₹7,090 crores. It chose Lucknow to be their home base. Meanwhile, Singapore private equity firm Irelia Co. Pte Ltd, whose parent company is CVC Capital Partners, was the other successful bidder, with a bid of ₹5,625 crores. It chose Ahmedabad as its home city.

Both teams will make their IPL debuts in 2022. While RPSG previously ran the IPL team Rising Pune Supergiant. It has major investments in European rugby as well as Spain’s top tier football league, La Liga.

The franchise winners were announced after a seven-hour bidding process. It was held at a luxury hotel across the Burj Khalifa in Dubai on Monday. Twenty interested parties collected bid documents, of which nine submitted eligible bids.

BCCI secretary Jay Shah said, “We had promised that IPL will be bigger and better from the 15th season, and with Lucknow and Ahmedabad, we will take the league to different parts of India.”

Rajasthan Royals was the most valuable team before these new bids. It is known to be worth ₹1,850 crores after adding a new investor which is US-based RedBird Capital Partners three months ago. Meanwhile, Sunrisers Hyderabad paid ₹850 crores to join the IPL for five years in 2012.

The auction had an added attraction—the Glazer group, the US-based owners of English Premiership giants Manchester United and NFL side Tempa Bay Buccaneers, also made a bid through their company Championship Cricket.

“The ITT (invitation to tender) process included two interested bidders from outside India, which strongly emphasises the global appeal of IPL as a sports property,” BCCI president Sourav Ganguly said.

While the RPSG group will make the Atal Bihari Vajpayee Ekana Stadium in Lucknow their home base, CVC Capital will play their home matches at the Narendra Modi Stadium, Ahmedabad.

The mega auction will be held ahead of IPL’s 2022 season. The auction structure is still not disclosed. In the previous mega auction, each team was allowed to hold on to five of their players. However, with the addition of two new teams, it is expected that the original teams will not get the luxury of keeping those many players.

The tenders for the next round of IPL media rights are expected to be announced soon, and officials expect that the successful expansion will only boost that process.