Along with Aryan Khan's bail application, the high court is scheduled to hear the pleas of co-accused Arbaaz Seth Merchant and Munmun Dhamecha later in the day, too. 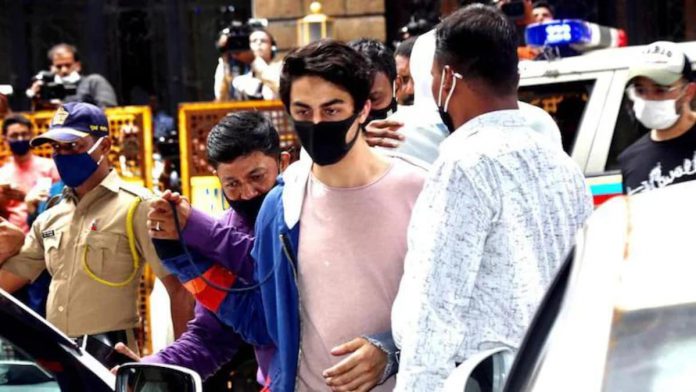 Mukul Rohatgi, a former attorney general of India  will represent Aryan Khan when his bail plea in the cruise ship drugs case is heard by the Bombay high court on Tuesday.

Along with Aryan Khan’s bail application, the high court is scheduled to hear the pleas of co-accused Arbaaz Seth Merchant and Munmun Dhamecha later in the day, too.

Apart from Mukul Rohatgi, a battery of advocates will be representing Aryan Khan in the case at the high court. They include celebrated lawyer Satish Maneshinde, Amit Desai and Anandini Fernandes and partners of law firms Karanjawala & Co and Desai Desai Carrimjee & Mulla.

Aryan Khan has been in jail since October 7 after being arrested by the Narcotics Control Bureau officials led by its zonal head Sameer Wankhede. They had raided a Goa-bound luxury cruise ship off the Mumbai coast to seize a cache of drugs on October 2.

Following the raid, Aryan Khan was arrested on October 3 and was sent to judicial custody on October 7. So far all his bail pleas have been rejected even though he was not found with any drugs. Along with Khan, at least eight people, including his friend Arbaaz Seth Merchant and model Munmun Dhamecha, were detained by NCB officials.

A special NDPS court rejected the bail plea of Aryan Khan on October 20. It also extended his judicial custody till October 30.

The special court ruled that certain WhatsApp chats showed Aryan Khan’s “involvement in illegal drugs activities” and his “nexus with peddlers and suppliers of banned drugs”.

The NCB even hinted at the use of darknet in transactions for procuring drugs.

On Sunday, Prabhakar Sail, a key witness in the cruise ship drugs raid case, made a revelation in an affidavit about a ₹8 crore pay-off to Wankhede. Sail was hired as a bodyguard by private investigator KP Gosavi, whose photo with Aryan Khan inside a NCB office went viral earlier this month.

Gosavi reportedly accompanied the NCB team during the raid on the cruise ship and is now absconding.

The affidavit has now given a surprising twist to the case with several prominent leaders also. It includes Shiv Sena MP Sanjay Raut and Maharashtra minister Nawab Mallik accusing the NCB of conducting “bogus raids” to tarnish the image of the state led by Uddhav Thackeray government.

The NCB has ordered a probe into the allegations of extortion after a local court in Mumbai refused to dismiss the affidavit of Sail. Wankhede refuted the charges and said he was ready to face probe.