HomeEntertainmentSardar Udham film to not be sent to Oscar for it ‘projects...
Entertainment

Shoojit Sircar's Sardar Udham traces the life and struggles of Sardar Udham Singh, a freedom fighter who is best known for killing Michael O'Dwyer in retaliation for the Jallianwala Bagh massacre. Udham shot O'Dwyer at Caxton Hall in London when the latter was to speak at a joint meeting of the East India Association and the Central Asian Society. 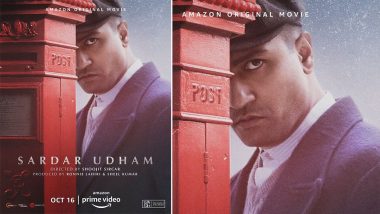 India’s official entry for the Oscars was announced few days back. Meanwhile jury members have explained why one of the most popular contenders was not selected. Indraadip Dasgupta has said that Shoojit Sircar’s Sardar Udham ‘portrays our hatred towards the British’.

Indraadip Dasgupta is a member of the jury that decided upon the official entry for Oscars this year. He said, “Sardar Udham is a little lengthy and harps on the Jallianwala Bagh incident. It is an honest effort to make a lavish film on an unsung hero of the Indian freedom struggle. But in the process, it again projects our hatred towards the British. In this era of globalization, it is not fair to hold on to this hatred.”

However, he also added that the film’s production lives up to international standards and praised the cinematography of the film as well.

Another member of the jury, Sumit Basu, also said, “Many have loved Sardar Udham for its cinematic quality including camerawork, editing, sound design and depiction of the period. I thought the length of the film was an issue. It has a delayed climax. It takes a lot of time for a viewer to feel the real pain for the martyrs of the Jallianwala Bagh massacre.”

If we take a look at Shoojit Sircar’s Sardar Udham. It traces the life and struggles of Sardar Udham Singh, a freedom fighter who is best known for killing Michael O’Dwyer in retaliation for the Jallianwala Bagh massacre. Udham shot O’Dwyer at Caxton Hall in London when the latter was to speak at a joint meeting of the East India Association and the Central Asian Society.

The jury’s comments have attracted passionate responses from fans online. One of them wrote, “‘Not hold on to this hatred’? Of course we won’t, if you promise to not hold on to Kohinoor and the approximately $45 trillion that was robbed from India .” Meanwhile, another one wrote, “Suppression of the Truth! As always!” Another  wrote, “Isn’t it casting reality. What if it was a movie on World War 1 or 2 …you would reject it because it depicts the reality of Hitler’s Germany?”

One fan also wrote, “Whether Sardar Udham deserves an entry or not is a different question, but to dismiss on such grounds displays nothing but racism and power dynamics. Globalisation doesn’t mean we cannot raise our voices against historical injustice anymore. So many sociopolitical movements around the world would cease to exist then. I guess “globalisation” hadn’t been an issue when Lagaan and Rang De Basanti were nominated.”

The Film Federation of India decides the country’s entry into the Academy Awards. This year, the 15-member jury was headed by filmmaker Shaji N Karun.