Sunil Gavaskar believes that with Hardik Pandya resuming his bowling duties, the Indian team now have the luxury to play one less seamer. 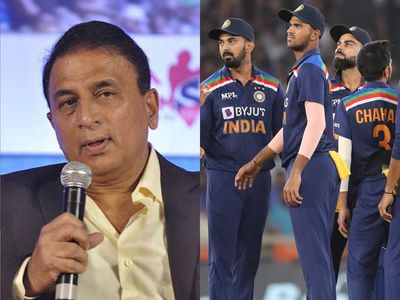 India legend Sunil Gavaskar has made some interesting observations about the Indian team’s bowling and batting options, ahead of the do-or-die encounter against Afghanistan at the ongoing T20 World Cup.

Without a doubt, the match against Afghanistan is very critical for the Indian team to maintain its chances of staying in the T20 World cup.

Gavaskar believes that there is no harm in going into the clash with three spinners. He also believes that, with Hardik Pandya resuming his bowling duties, the Indian team now have the luxury to play one less seamer.

Meanwhile, Sunil Gavaskar also noted that despite the lack of left-handers in the Afghanistan line-up, Ashwin can make a difference in the contest considering his wicket-taking abilities.

Gavaskar has also been Sharing tips on the batting front that could favour the Indian team with the venue change. He suggested that India should return to Rohit Sharma as the opener. He then added if Suryakumar Yadav has recovered from the back spasm, then the middle-order batter should return to the playing XI in place of Ishan Kishan.

“He’s (Rohit) will bat at the top of the order it’s simple as that. This will help Ishan Kishan if Suryakumar Yadav is not fit still,” said Gavaskar.

Sharing his views of Suryakumar, Gavaskar feels that the batter has had a happy outing in Abu Dhabi.

“Look at the way he started against Pakistan, with a flick against Shaheen Afridi for a six. So he’s capable of playing those big shots and remember he’s got very happy memories of the Abu Dhabi ground.”

“So he’s got to come back I know it’s hard on young Ishan Kishan but he’s got plenty of time ahead of him. And at the moment, Suryakumar Yadav seems a better option than Ishan Kishan,” he added.