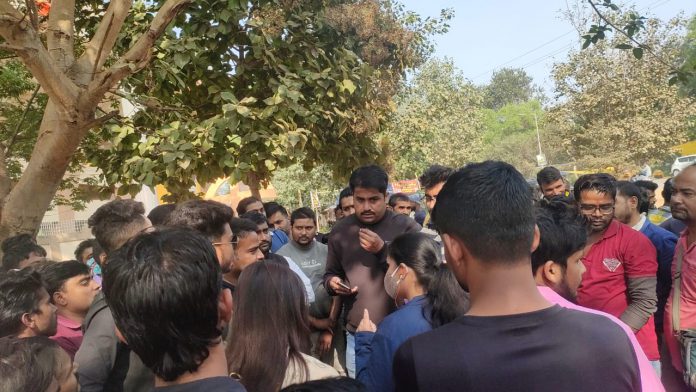 Students that appeared for the Prelims of Jharkhand Public Service Commission (JPSC) exams this year, took out a protest in Morabadi, Ranchi, on Tuesday. They protested demanding for the exams to be cancelled. According to sources, the protest was taken out by the students who could not clear the Preliminary round of the JPSC exams.

Jharkhand Public Service Commission (JPSC) has published the JPSC Mains form 2021 on their official website from 16 November 2021. Candidates who cleared the JPSC Prelims 2021 can fill out the Mains form.

Sources say, the students had started the protest from morning and the Ranchi police has increased the security and barricaded the place. Meanwhile, the Maoists have called for another bandh from 23rd to 25th November, 2021. However the students going to protest might make the scenario critical.

According to vendor of Morabadi, the tea stall owners have also closed their stalls because of issues caused by the protests to their business and its property. The tea vendors say, their stools and other property assets were taken away because of this protest. Thus, the vendors have closed their stalls and called for a meeting in the afternoon.