Smriti reportedly had one hour for The Kapil Sharma Show. After waiting for half an hour, she left for the airport to go to Delhi. 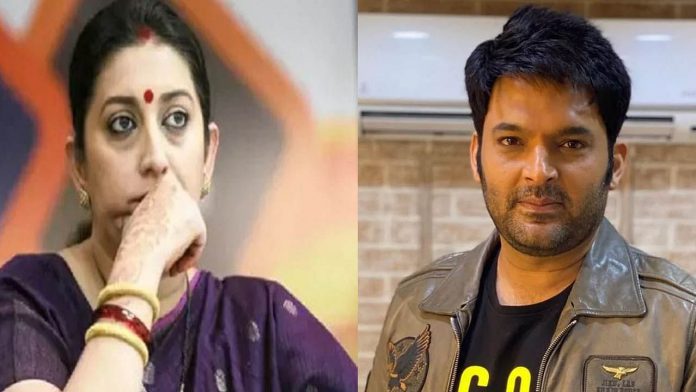 Book ‘Lal Salaam’ written by Union Minister Smriti Irani, is reported to be her debut as writer soon. According to sources, Irani had chosen The Kapil Sharma Show to promote her book. However, sources say, the minister was stopped from entering the venue by a private security guard when she reached the sets of the show in Mumbai.

Reports also say that Smriti Irani does not travel with security, so the guard might have been confused. He reportedly didn’t believe the minister when she tried to explain that she was a guest on the show.

The reports also stated that the guard said big ministers always have security personnel and the police with them. Smriti reportedly had one hour for The Kapil Sharma Show. After waiting for half an hour, she left for the airport to go to Delhi. When Kapil Sharma got to know about the incident, he reportedly explained the situation to Irani and apologized.