Taking a look at the video, Harrdy Sandhu and Jatin Sarna are also featured in the clip. 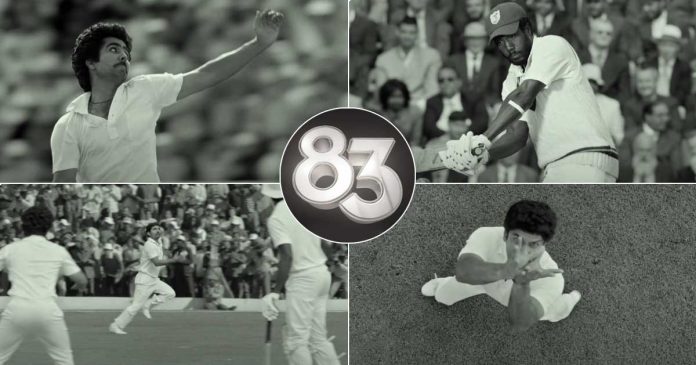 The video recreates the wicket of Viv Richards, who was caught out by Kapil Dev with Madan Lal bowling. Ranveer could be briefly seen in the teaser when he was about to take the catch. Taking a look at the video, Harrdy Sandhu and Jatin Sarna are also featured in the clip.

Meanwhile, Ranveer shared the 83 teaser on Instagram and wrote, “The greatest Story. The greatest Glory. 83 RELEASING IN CINEMAS ON 24TH DEC, 2021, in Hindi, Tamil, Telugu, Kannada and Malayalam. Teaser out now. Trailer out on 30th Nov. #ThisIs83.”