HomeEntertainmentSamantha to play bisexual woman in her international film debut with Arrangements...
Entertainment

The project will be produced by Sunitha Tati, who had previously worked with Samantha on Oh! Baby. Oh! Baby was the Telugu adaptation of the Korean comedy Miss Granny. 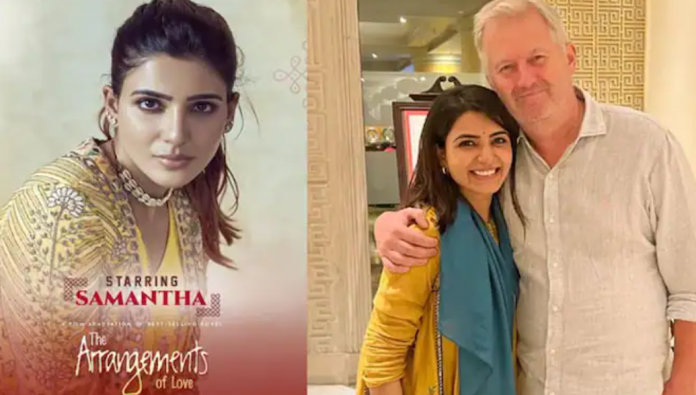 All set to make her international film debut with Arrangements of Love Samantha Ruth Prabhu says it’s ‘A whole new world’. The movie will be directed by Philip John, who had also directed ‘Downton Abbey’.

According to reports the project will be produced by Sunitha Tati, who had previously worked with Samantha on Oh! Baby. Oh! Baby was the Telugu adaptation of the Korean comedy Miss Granny.

Samantha will be seen playing a bisexual Tamil woman running her own detective agency in her international film debut. Meanwhile, Samantha told the publication, “I am excited to work with Philip John, whose projects I have closely followed for many years, being a big fan of Downton Abbey. I am looking forward to collaborating with Sunitha once again and I hope for only more success than we previously had with Oh! Baby. My role is a complex character and it will be both a challenge and an opportunity for me to play it. I cannot wait to get on set.” According to sources, the project is expected to go on the floors from August 2022.

Meanwhile, Samantha also recently agreed to do a special song in Allu Arjun’s upcoming Telugu film, Pushpa. This is the first time in her career that she will be seen doing a special dance number.