HomeEntertainmentAlia Bhatt announces release date along with a new video of ‘Rocky...
Entertainment

The video gave a glimpse into Dharmendra, Ranveer Singh, Jaya Bachchan, Shabana Azmi and Alia’s characters as Karan Johar directs them and has fun backstage. 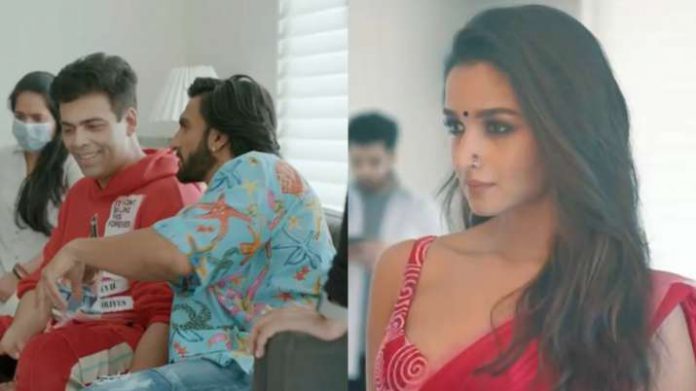 Actor Alia Bhatt announced the release date of her upcoming film ‘Rocky Aur Rani Ki Prem Kahani’. The movie is directed by Karan Johar. According to sources the film will screen in theatres on February 10, 2023. Alia made the announcement accompanied by a video. The video was showcasing a montage of some behind-the-scenes clips.

According to sources, the video gave a glimpse into Dharmendra, Ranveer Singh, Jaya Bachchan, Shabana Azmi and Alia’s characters as Karan Johar directs them and has fun backstage.

Alia’s post was captioned as, “Loading it up with music, dance, an ensemble cast, a dash of drama and a whole lot of love just for you! #RockyAurRaniKiPremKahani releasing in cinemas on 10th February 2023! See you there to make this kahani complete.”

According to sources, the team has completed 50 days of the shoot. However, In the video uploaded by Alia, she is seen in stunning sarees, while Jaya Bachchan does an aarti ritual. Well, the visuals of Jaya Bachchan reminded many of her role in Kabhi Khushi Kabhie Gham. Karan Johar is seen explaining scenes to the cast. The video clips show hugs, love and laughter.