The reason behind Kartik leaving the film was cited as "Unavailability of dates". Kartik's latest release Dhamaka on Netflix has been a hit. 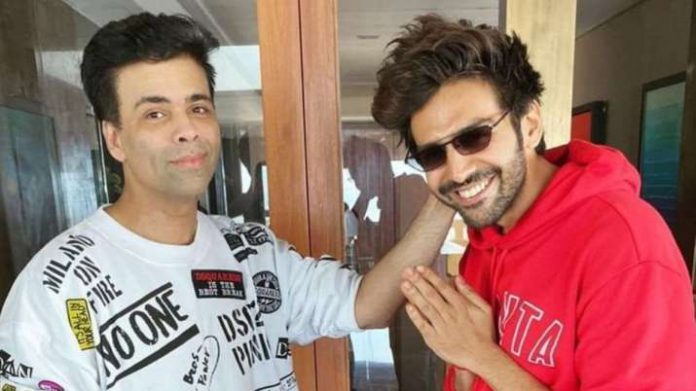 Kartik Aryan was to play the lead in Karan Johar’s Dostana 2 in 2018. However, he was out of the film, raising a lot of controversies. However, the productions haven’t yet announced who replaced Kartik. Sources say it caused quite a stir on social media. This happened especially as Sushant Singh Rajput was ousted from several films in the past which are still fresh in the public memory.

According to sources,  the reason behind Kartik leaving the film was cited as “Unavailability of dates”.However,  Kartik has now reacted to the controversy for the first time on Agenda AajTak 2021.

when asked about what he thinks of ‘Bollywood camps’ at Agenda AajTak 2021 Kartik said,

“I am not a part of any Bollywood camps. I have reached wherever I am today because of my talent. And I will do the same in the future.”

Talking about the response on Kartik’s latest release Dhamaka on Netflix, he said, “I’m grateful for the response to Dhamaka. The film was shot during the lockdown, one of the first films to be shot at the time, it was completed within 9-10 days. People are calling it Kartik 2.0 because perhaps this is the first time I am being seen in a different genre, it’s not a rom-com.”