On Friday, Patel became the third bowler in history, after Jim Laker and Anil Kumble, to pick up all 10 wickets in an innings. 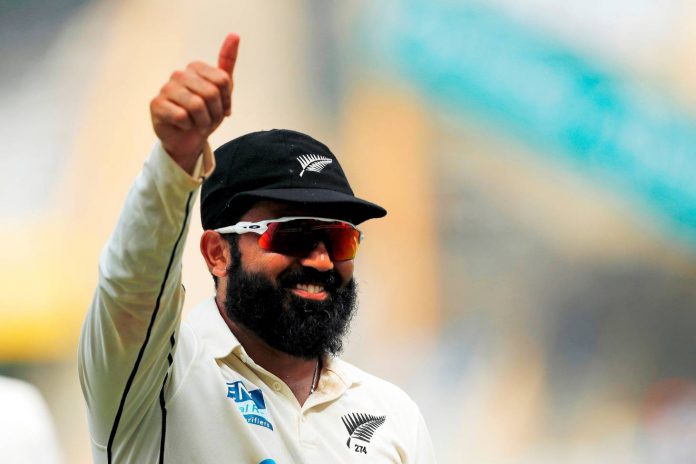 Virender Sehwag had tweeted his wishes to Ajaz Patel for picking up 10 wickets in an innings against India in Mumbai. A day after that the left-arm New Zealand spinner responded to the former opening batter by reminding him of an incident. Patel recalled the time when Sehwag had taken him to the cleaners in one of the net sessions in New Zealand. This was probably back in 2008-09.

Meanwhile, On Friday, Patel became the third bowler in history, after Jim Laker and Anil Kumble, to pick up all 10 wickets in an innings. He finished with 10/119. However, India thrashed New Zealand by 372 to clinch the Test series 1-0.

Meanwhile, Sehwag had tweeted, “One of the most difficult things to achieve in the game. 10 wickets in an innings. A day to remember for the rest of your life, #AjazPatel. Born in Mumbai, creating history in Mumbai. Congratulations on the historic achievement.”

To which, Patel replied, “Thank you @virendersehwag, funny story I still remember you smashing me out of the ground at the outer oval at Eden Park when I came in as a net bowler.”