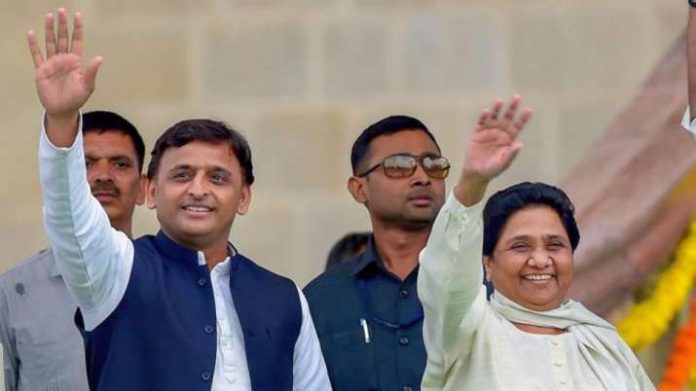 The Samajwadi Party should forget its dreams of making me President so that their way to power in UP is clear,” Mayawati said.

Lucknow: Minutes after her top aides met Uttar Pradesh Chief Minister Yogi Adityanath, Bahujan Samaj Party (BSP) supremo Mayawati held a press conference accusing the Samajwadi Party of spreading rumours she wanted to become the president of India, adding that she aspires to become the state’s Chief Minister again and even the Prime Minister eventually as she doesn’t want a life of comfort but one of struggle.The BSP chief made the statement after her close aide and party general secretary SC Mishra and the party’s lone UP MLA Uma Shankar Singh met with Yogi Adityanath at his official residence. Mayawati claimed the meeting was over the upkeep of monuments built during her tenure as Chief Minister.

“The Samajwadi Party should forget its dreams of making me the President so that their way to power in Uttar Pradesh is clear. I will never dream of becoming the President because I do not want a life of comfort but one of struggle. I do dream of becoming the Uttar Pradesh chief minister again and also the Prime Minister of the country “, Mayawati said at the press conference.“It is the SP that is responsible for all the atrocities that are happening against Muslims and others,” she said.2Comments BSP general secretary Satish Chandra Mishra and the party’s lone MLA Umashankar Singh met the UP Chief Minister today, triggering speculations of a larger political shift in the state.